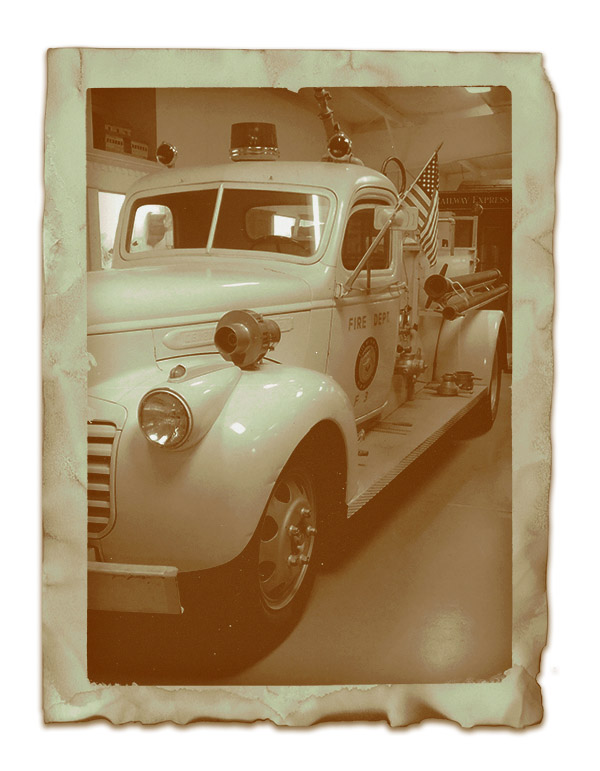 Here you’ll find vehicles, railroad exhibits and a meeting area. The Rio was the first automobile owned in Deming. The fire truck is also one of the first used in Deming.

Deming was the middle of the southern route of the transcontinental railroad. The Southern Pacific construction crews from the west met the Santa Fe crews from the east here in 1881, completing the second transcontinental railroad. Estimates show there were 250 Chinese in the crews working across New Mexico. A Chinese “crew” was comprised of three gangs: land clearing, digging / filling and track lying. They were hired in China and were almost slave labor here until expenses such as their passage, fee for the job broker, housing, food and clothing allowance were paid off. Brokers supplied special foods shipped from China every month. Their families were kept as security until all indebtedness was paid off. If they were killed or died on the job, they were buried where they died, and their families were held responsible for any unpaid debts.

The founding families of Deming were railroad employees who were not involved with the track building. Charles Crocker, President of Southern Pacific, named the new town “Deming” which was his wife’s family surname. About 20 families, a blacksmith and harness shop and a saloon made up the beginnings of Deming. After much fanfare, the “silver spike” was hammered in on March 18, 1881.