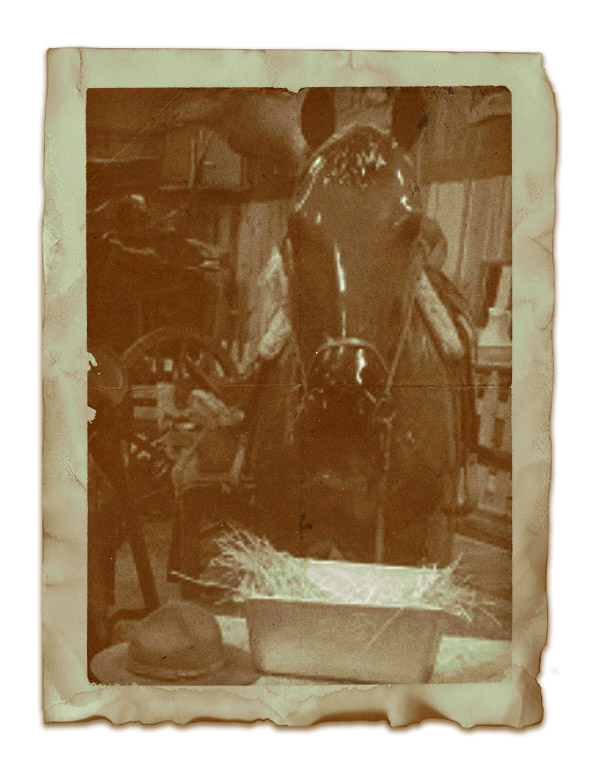 Every ranch had at least one “tack room.” In ours you will find preserved equipment used by ranchers of the area in the raising, grooming and working of their horses.

There’s a fine collection of beautifully tooled saddles, many made by Deming saddle-makers. Note, also, the sidesaddles that were considered proper for women. Another crudely made saddle from Mexico was found near the border following the Pancho Villa raid in 1916.

The cowboy hat, a symbol of the West, is represented here by hats of distinguished ranchers of the 20th century in Luna County. Every cowboy had a special way of tilting or creasing his hat to give it a personality of its own.