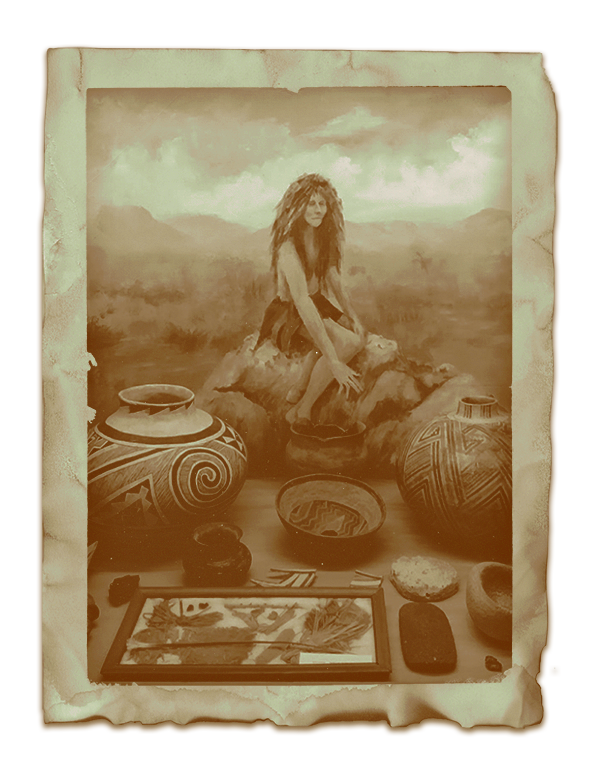 The Deming Museum has one of the best and most diverse collections of Mimbres Pottery in the country outside of the Smithsonian Institute.

Approximately 950 to 1200 A.D., native peoples, now called the Mimbres Indians, lived in small villages along what was later named the Mimbres River. Since they didn’t have a written language, scientists and scholars had to learn about them through their artifacts and village sites.

The pottery produced by the Mimbres Indians (a tribe of the Apache peoples) is known worldwide as one of the best examples of pre-history art and design.

Our collection is mostly from the King, Bartlett, and Whitaker families who were avid historians and collectors.